Aleksander Madry is the NBX Career Development Assistant Professor of Computer Science in the MIT EECS Department, a member of CSAIL and of the Theory of Computation group.

He received his Ph.D. from MIT in 2011. Prior to joining the MIT’s faculty, he spent a year as a postdoctoral researcher at Microsoft Research New England and then was on the faculty of EPFL until early 2015.

His research focuses on algorithmic graph theory, i.e., design and analysis of very efficient (approximation) algorithms for fundamental graph problems. He also enjoys investigating topics in combinatorial optimization – especially the ones involving dealing with uncertainty. A frequent theme in his research is employing a mix of linear-algebraic methods (particularly, the tools of spectral graph theory) and continuous optimization techniques to purely combinatorial problems.

His PhD thesis race work the ACM Doctoral Dissertation Award Honorable Mention and George M. Sprowls Award at MIT. His work has been awarded several best paper awards (SODA 2010, STOC 2011, FOCS 2011and 2013). He is also the recipient of a Sloan Fellowship in Computer Science. 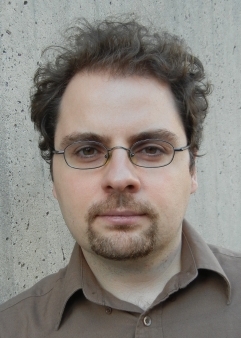