Jesse Thaler joined the MIT Physics Department in 2010, and is currently an Associate Professor in the Center for Theoretical Physics.

From 2006 to 2009, he was a fellow at the Miller Institute for Basic Research in Science at the University of California, Berkeley. He received his Ph.D. in Physics from Harvard University in 2006, and his Sc.B. in Math/Physics from Brown University in 2002. He was awarded an Early Career Research Award from the U.S. Department of Energy in 2011, a Presidential Early Career Award for Scientists and Engineers from the White House in 2012, a Sloan Research Fellowship from the Alfred P. Sloan Foundation in 2013, and a Harold E. Edgerton Faculty Achievement Award from MIT in 2016. 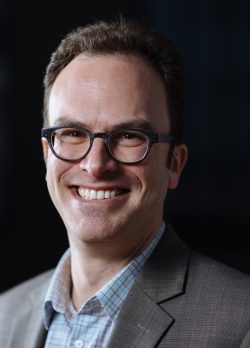