Jonathan Kelner received the B.A. in mathematics from Harvard in 2002, and received the David Mumford Award as the top Harvard graduate in mathematics. He completed the M.S. and Ph.D. degrees from MIT in EECS in 2005 & 2006. Daniel Spielman was his thesis advisor. Kelner was a Member of IAS 2006-07, before joining the MIT faculty in applied mathematics as assistant professor in 2007. He was promoted to associate professor in 2012. He continues to be a member of MIT-CSAIL. A theoretical computer scientist, Professor Kelner’s research focuses on fundamental mathematical problems related to algorithms and complexity theory. He received the Best Student Paper Award at STOC 04. In 2007, He was selected by the MIT School of Science for support from the NEC Corporation Fund for research in computers and communications. He received an Alfred P. Sloan research fellowship in 2010. In 2011, he was selected by MIT for the Harold E. Edgerton Faculty Achievement Award, given to a junior member of the MIT faculty, for exceptional distinction in teaching, research, and scholarship. In 2013, he received the School of Science’s Teaching Prize for Undergraduate Education. 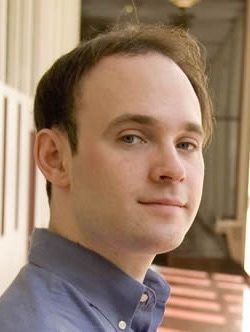